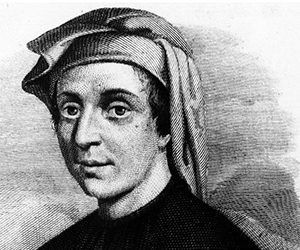 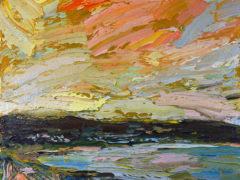 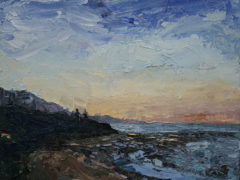 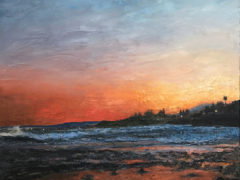 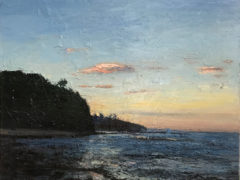 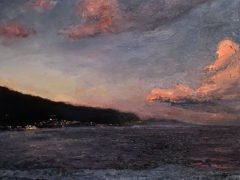 Ashley Frost is very much a location driven artist with many of his landscape works developed by painting and drawing outdoors. Where sea meets land and night meets day Frost immerses himself in what he describes as a convergence of light and place.  Frost’s paintings play on the relationship between bodies of water, buildings, roads, cars and vast skies through a communication of colour, light and reflective qualities. He builds up thick, luscious layers of paint to give his works a highly appealing tactile quality.

In 2018 Ashley won the Hilsl Art Prize and was a finalist in the Gallipoli Art Prize and the Calleen Art Award. He was a finalist in the 2017 EMSLA Still Life Prize and the 2017 NSW Parliament Plein Art Prize. Frost was a finalist in the 2017 Archibald Prize and winner of the people’s choice award for the 2017 Mosman Art Prize.
​
He is a graduate of the National Art School East Sydney Australia receiving his BFA with distinctions in painting. He has travelled widely conducting research for his PhD candidacy and exhibiting his work around the world. He has worked as an exhibiting artist for 23 years with four solo shows in New York (2000, 2002, 2004 & 2016), a solo show in Austin,Texas in 2016 and regular exhibitions in Sydney, Melbourne and Hong Kong. In 2003 he won the prestigious Kings Art Prize Acquisitive $10,000 and has been finalist in a number of national art prizes. ​

I work six days a week at the Timber Mill studio. My paintings can be purchased from my gallery in Sydney, www.stelladownerfineart.com.au. For more information about me go to my website www.ashleyfrost.com.au. If you would like to visit my studio shoot me an email. 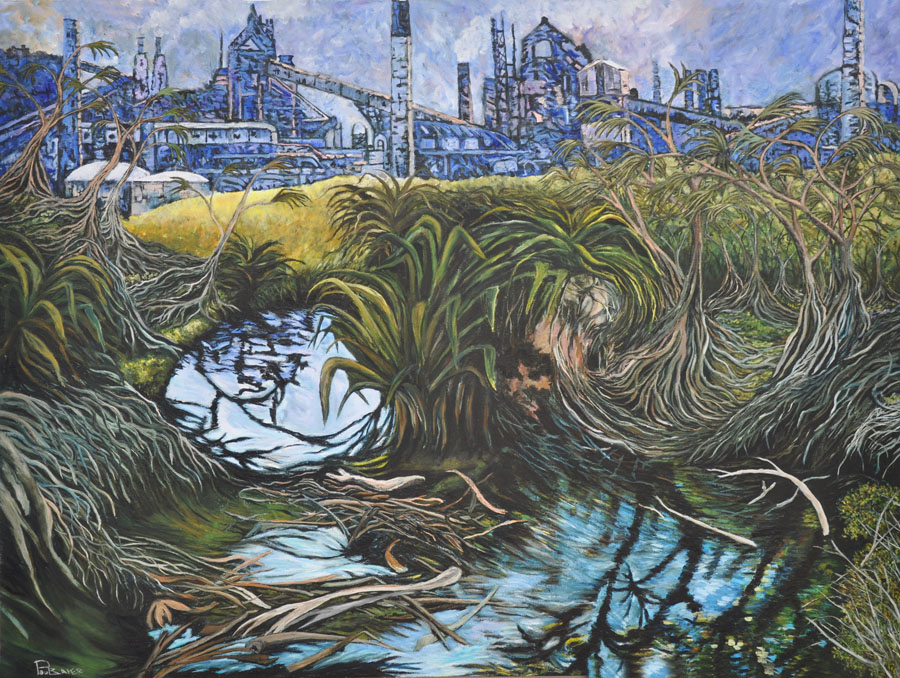 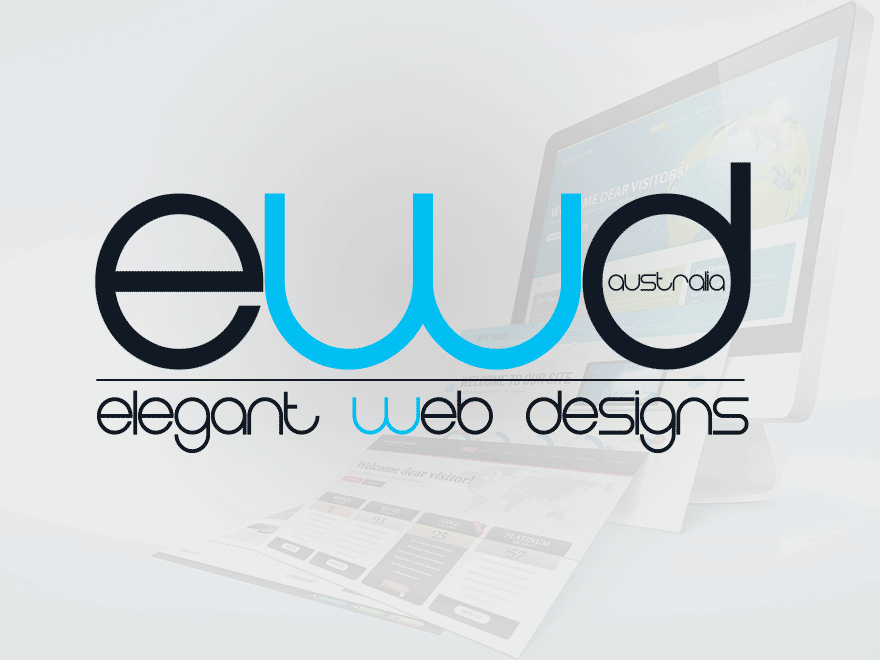 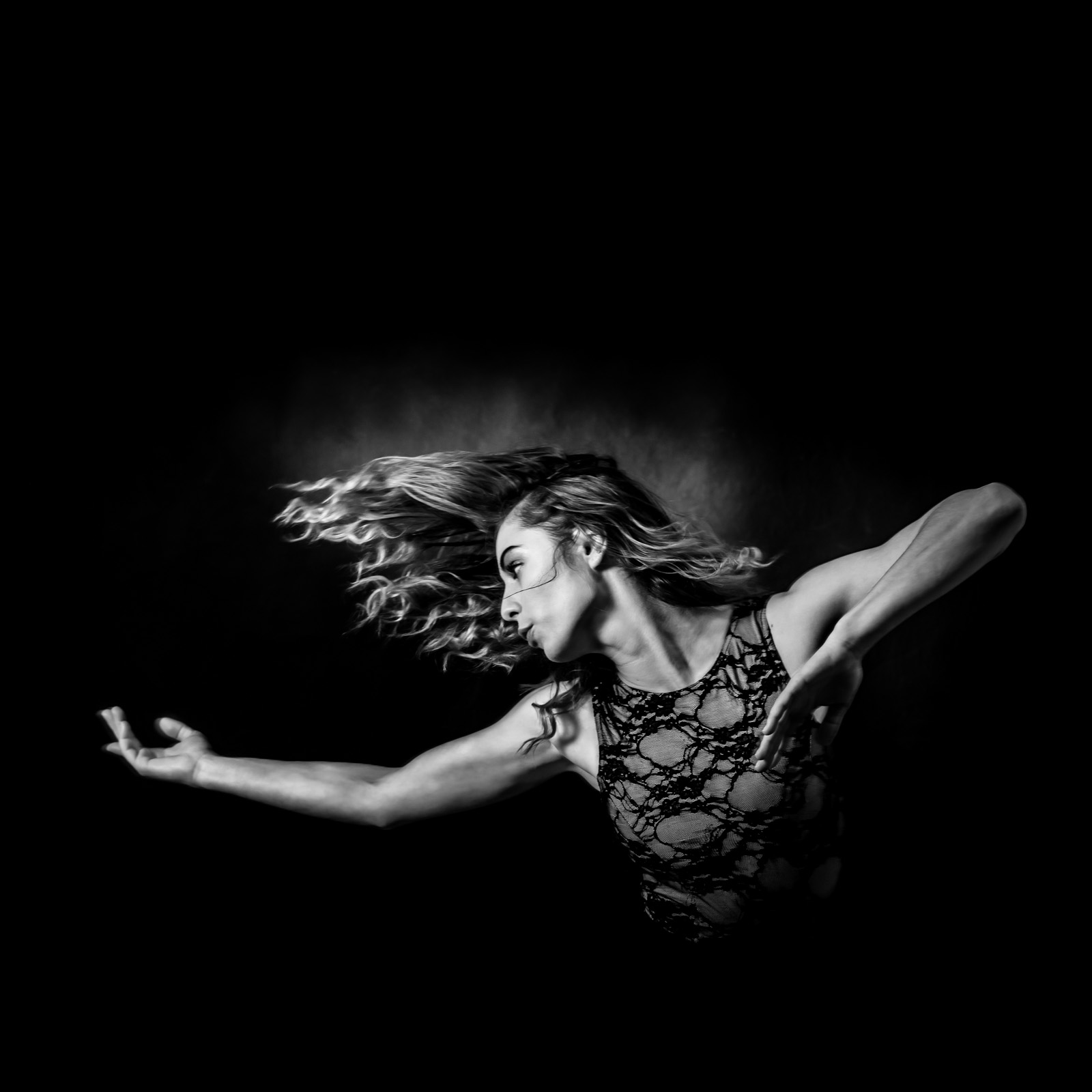 CHILDREN OF THE REVOLUTION PHOTOGRAPHY 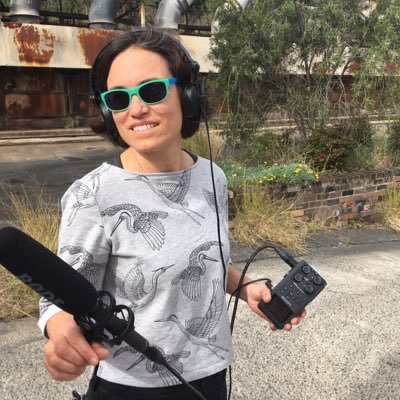 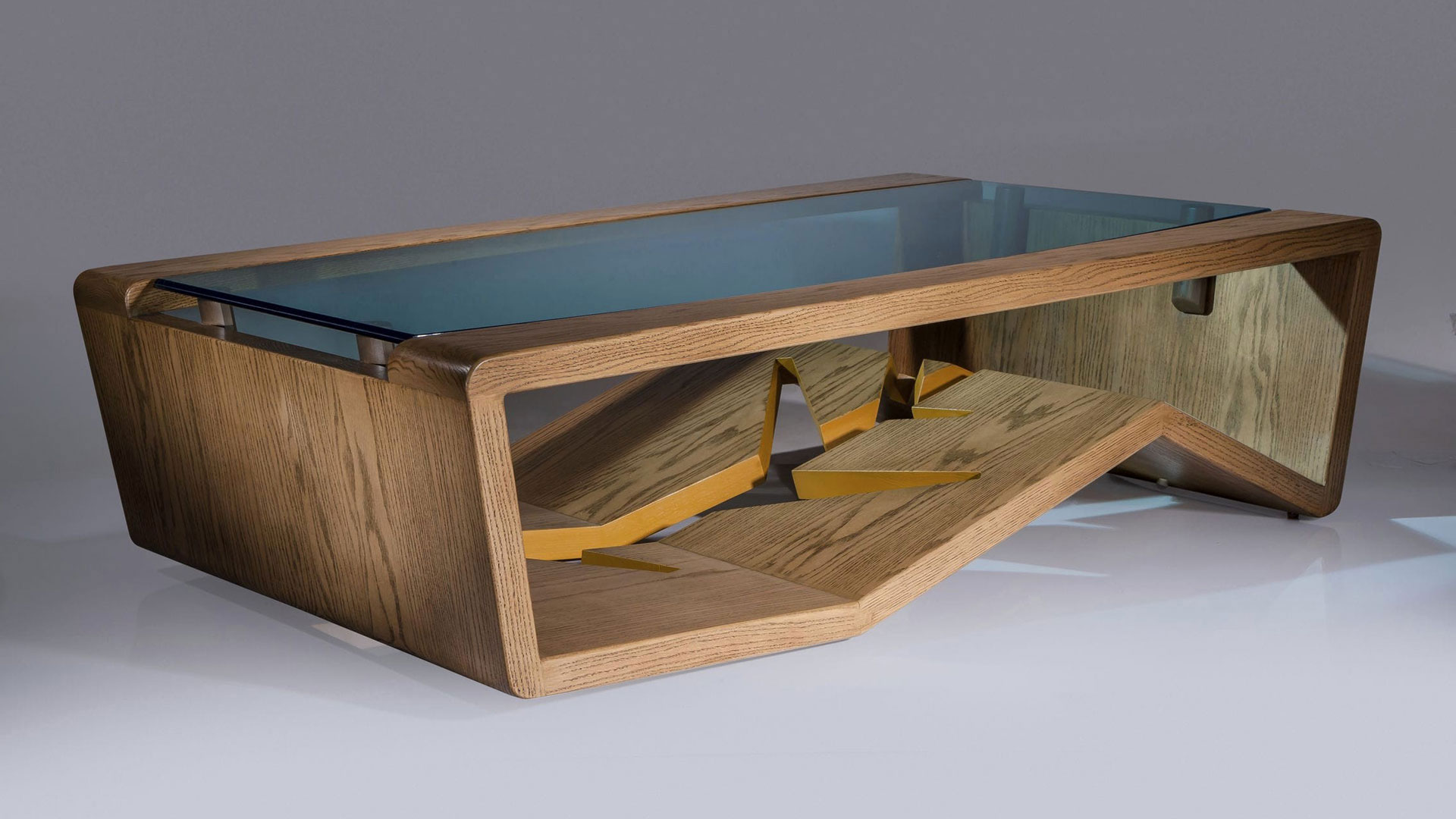